There are plenty of lessons to learn from the '60s anthology TV show "The Twilight Zone." Lessons like "don't judge a book by its cover," an.. 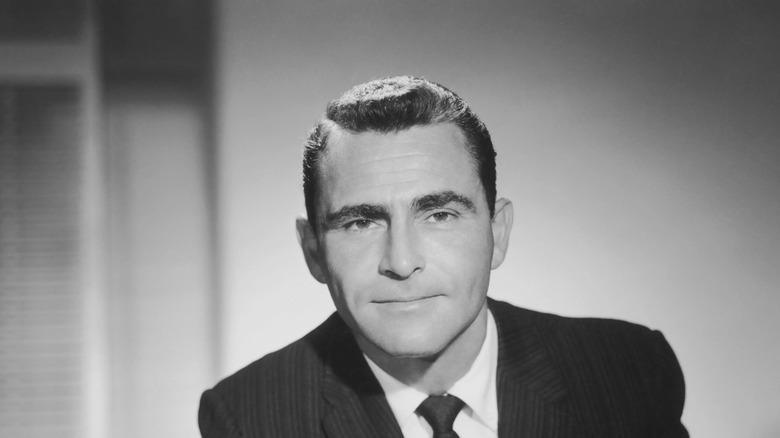 There are plenty of lessons to learn from the '60s anthology TV show "The Twilight Zone." Lessons like "don't judge a book by its cover," and "make sure you have a second pair of glasses." Perhaps more noteworthy was the way it used its speculative elements to tackle larger social issues, using the speculative elements as allegories for the stuff they actually wanted to talk about.

For example, the 1960 episode "Eye of the Beholder" is about a woman getting plastic surgery in the hopes of looking normal, only for us to discover that the definition of normal in this society is very different from our own; the episode serves as a commentary on how beauty standards are subjective and influenced by the people around us. Another episode, "The Monsters are Due of Maple Street," serves as a not-so-subtle indictment of McCarthyism, centering around a small town that descends into paranoid madness.

Perhaps the most blatant commentary on the state of the world is from "I Am the Night—Color Me Black," in which the sun doesn't rise on a small town that succumbs to mob rule and unjustly hangs a man. Rod Serling ends the episode with the closing narration:

"A sickness known as hate. Not a virus, not a microbe, not a germ—but a sickness nonetheless, highly contagious, deadly in its effects. Don't look for it in the Twilight Zone—look for it in a mirror. Look for it before the light goes out altogether." 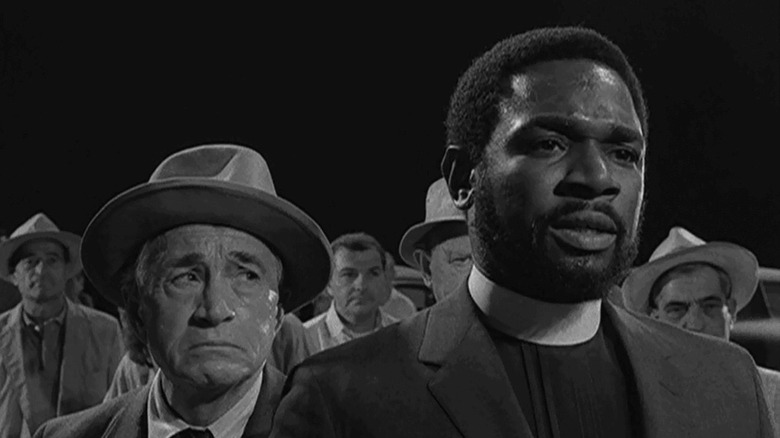 Considering the show's strong bent towards social justice, it's not too surprising to find that one of the biggest inspirations for the series was the 1955 murder of Emmett Till. Till was a Black 14-year-old boy who was "abducted, beaten, and shot" while visiting family in Mississippi, and whose killers — both white — were acquitted of all charges by an all-white jury. It was a tragedy that helped kickstart the civil rights movement, and also inspired Rod Serling to write a teleplay ("Noon on Doomsday") about the racism that led to such a miscarriage of justice unfolding.

Serling was expecting to deal with a lot of pushback and censorship with his script, but was still surprised by how extreme it all turned out to be. He later claimed the story was "gone over with a fine-tooth comb by 30 different people," and that by the time it aired it was basically unrecognizable from the story Serling was trying to tell. As Smithsonian Magazine put it, "Any hint of the South was removed from the plot; not even a Coca-Cola bottle could appear, lest viewers invoke the idea of the region."

The whole thing made Serling rethink his approach to social commentary, and soon after he had the idea for "The Twilight Zone," a show that was about apolitical sci-fi/fantasy concepts on the surface, but often used them as an avenue to explore more controversial ideas. It was through the "Twilight Zone" that Serling managed to get his Emmett Till-inspired story aired on TV: the aforementioned episode "I Am the Night," which is still one of the most memorable episodes of the series.

The Importance Of Picking A Side 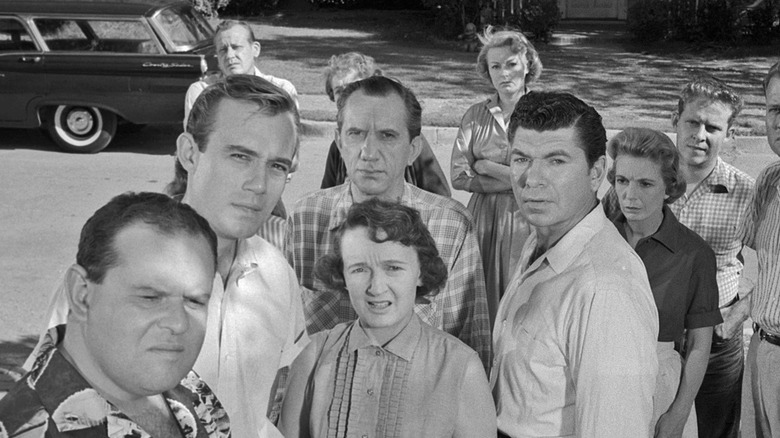 "The writer's role is to be a menacer of the public's conscience," Serling later said in regards to the show. "He must have a position, a point of view. He must see the arts as a vehicle of social criticism and he must focus the issues of his time."

It's why the critiques of modern "Twilight Zone" being too preachy also falls a little flat, because let's face it: the original show was extremely preachy to anyone who understands subtext. The preachiness is less divisive today mostly because the messages being pushed (like McCarthyism being bad) is often not as relevant of a take as it was back in 1960. (Also worth noting: most viewers of the 2019 "Twilight Zone" were very young when they first watched the classic show, and were less likely to notice the political themes at the time.)

A more reasonable critique of the modern "Twilight Zone," however, is that it might have had a little too much freedom with explicitly exploring its ideas. Whereas Serling was forced by the censors to hide his social commentary under at least one or two layers of speculative fiction, the first season of "The Twilight Zone" reboot got to have a whole episode where the surface-level plot is about a Black mother and her teenage son getting repeatedly harassed by a racist white police officer. Whereas Serling could only indirectly evoke the memory of Emmett Till, "Replay" directly reminds viewers of real-life incidents of racist police shootings. 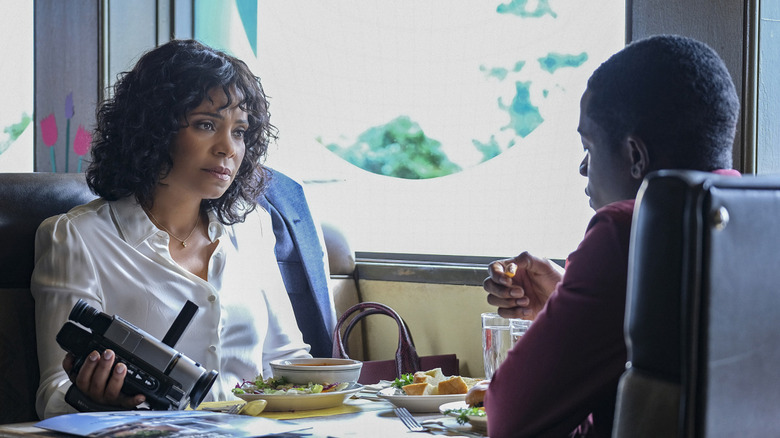 The writers of "Replay" were allowed to be far more explicit in their point of view, far more active in their role as "a menacer of the public's conscience" than Serling ever was. This resulted in what was, depending on who you ask, either "the best of the first four episodes" or an episode whose "lack of subtlety waters down the impact of its message."

Sometimes, having the freedom to be as explicit as you want can have adverse affect on the point you're trying to make. By removing any sort of allegory, you might be denying viewers who don't already agree with your point the space to have their minds changed. A classic episode like "Eye of the Beholder" has a clear message about how beauty standards are subjective, but what makes the message effective is the way it pops up in the middle of what seems like a lightly spooky body horror story. To anyone who might not already be on board with the episode's message, those first 10 minutes of "Eye of the Beholder" lets them put their guard down, so that when the theme becomes clear, it hits hard.

"Replay," meanwhile, provides no false sense of security. From minute one, it's clear exactly what the episode is going to say. To any viewers who may not agree — whether they're a full-on Blue Lives Matter type or more of a "the police have a few bad apples" type — the episode puts their guards up from the start.

Not Necessarily A Worse Approach 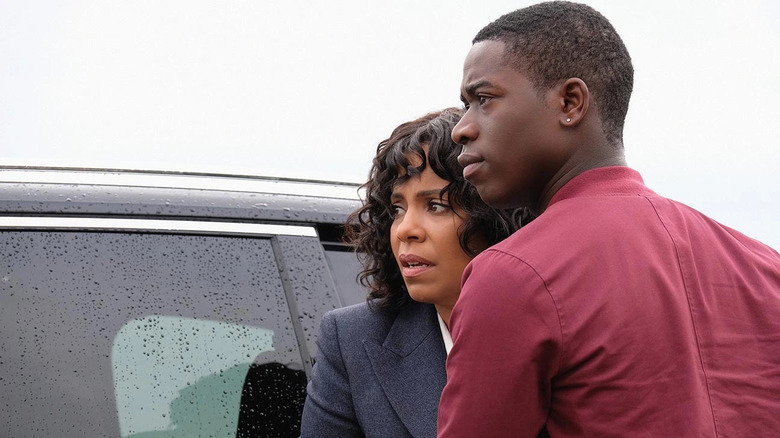 The fact that "Replay" isn't particular effective at changing people's minds about its core themes isn't necessarily a bad thing. Good art doesn't need to cater to everyone's sensibilities, nor does it really need to be educational. The target audience of "Replay" seems to be people who already agree; it's a cathartic exploration of a stressful, traumatic situation that plenty of people can relate to, one that doesn't bother to hold the hands of any viewers who don't agree with the premise.

Regardless of what you think of the modern "Twilight Zone," it does serve as a good example how much the TV landscape has changed since the '60s. "If Serling were here," producer Jordan Peele said in a 2019 interview about the reboot, "he'd have a lot to say and a lot of new episodes he couldn't have written back in his time."

You can argue the modern "Twilight Zone" could've benefitted from a little more subtlety, but the fact that they were allowed to go there at all is worth celebrating at least a little. The reboot didn't need to oblige the deeply conservative whims of the network executives Serling had to deal with, and that's undeniably a step up.

The post Censorship Was The Spark That Sent Rod Serling To The Twilight Zone appeared first on /Film.