Werner Herzog‘s next documentary is heading straight to Apple TV+. Apple announced that it has landed the rights to the new Herzog documentary, Fireba.. 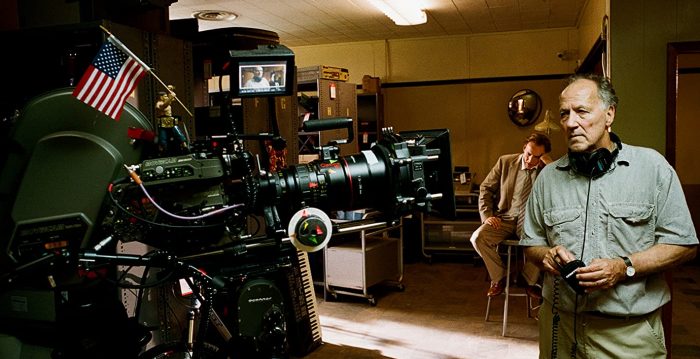 Werner Herzog‘s next documentary is heading straight to Apple TV+. Apple announced that it has landed the rights to the new Herzog documentary, Fireball, which it will debut on its Apple TV+ platform. The documentary will explore how shooting stars, meteorites, and deep impacts on Earth have shaped human mythology.

After a stint in a galaxy far, far away, Werner Herzog is turning his head (and his camera lens) to the stars. Perhaps inspired by his brief appearance on The Mandalorian, where the notoriously serious filmmaker fell head over heels for Baby Yoda, Herzog’s next documentary will explore the effects that shooting stars, meteorites, and deep impacts have had on human mythology and humanity’s curiosity of other realms and worlds, Variety reports. Apple landed the rights to the film, titled Fireball, which will premiere on Apple TV+ in more than 100 territories. No release date has yet been set.

Fireball will mark the third collaboration between Herzog and geoscientist Clive Oppenheimer, who is co-directing the film. Oppenheimer is a professor of volcanology at the University of Cambridge and has appeared in Herzog’s 2007 Oscar-nominated film documentary Encounters at the End of the World as well as Netflix’s 2016 Emmy-nominated documentary Into the Inferno. The latter film followed the duo as they traveled through the world to explore various volcanic sites, drawing connections between natural phenomena and humankind — much like Fireball will seek to do. Herzog praised Oppenheimer in an interview with Variety, calling him, “a great scientist and wonderful in his discourse on camera. I owe him a lot because he went around the world with me, looking at where meteorites had landed.”

Fireball is Herzog’s fourth film in two years, which he was able to finish shooting in December, right before the pandemic shut down international travel and productions. “We were lucky because we finished shooting in December and we edited the film during lockdown,” Herzog said.

Herzog’s Into the Inferno producers André Singer and Lucki Stipeti reunited with the filmmaker to produce Fireball. Werner Herzog Film is also producing alongside Spring Films, with Richard Melman as executive producer. Fireball is being made with support from Sandbox Films.

Fireball sounds like an intriguing cosmic investigation for Herzog, whose films are known for centering on obsessive quests. The legendary German filmmaker’s most recent film, Nomad, explored his bond with travel writer Bruce Chatwin, who passed away in 1989 after privately fighting HIV for five years.

Herzog’s newest film is a big acquisition for Apple, which is continuing to build its streaming brand with big names and even bigger budgets. While its releases have been hit or miss, Apple TV+ is clearly going to stick around for a little longer.