After taking a peek at the lush and beautifully animated "Belle" trailer in June, we were more than ready to immerse ourselves in Mamoru Hosoda's.. 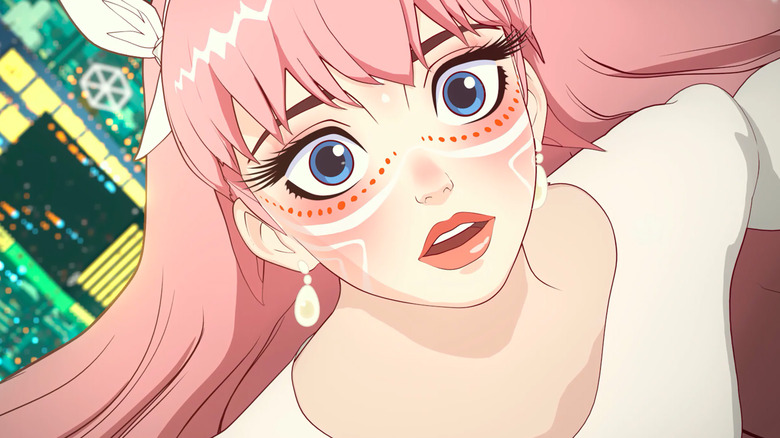 After taking a peek at the lush and beautifully animated "Belle" trailer in June, we were more than ready to immerse ourselves in Mamoru Hosoda's reimagining of "Beauty and the Beast." The film debuted in Japan on July 16, 2021, and has been hitting the film festival circuit with screenings at the Cannes Film Festival, the New York Film Festival, the London Film Festival, and Fantastic Fest.

Despite it popping up on screens around the world, the distributor GKIDS has confirmed it won't be hitting American theaters until January 14, 2022. Considering we still have to get through the holidays before we can fully lay eyes on Hosoda's new film, January 2022 feels like a long way off. On the bright side, there's a real, concrete date on the horizon. To Hosoda's credit, "Belle" looks like it's worth the wait.

The film may be a retelling of a classic fairytale, one that we've seen Disney do a thousand times, but it's clear from the get-go that Hosoda is bringing his own interpretation to the story. Instead of taking place in a gothic castle confined by a witch's curse, "Belle" follows Suzu, a shy girl who mentally escapes the boredom of her rural village by spending all of her time in the virtual world "U," where her avatar is a beautiful, and surprisingly successful, singer named Belle. It's there that she discovers the Beast and begins her melancholy coming-of-age adventure.

Beauty And The Blog 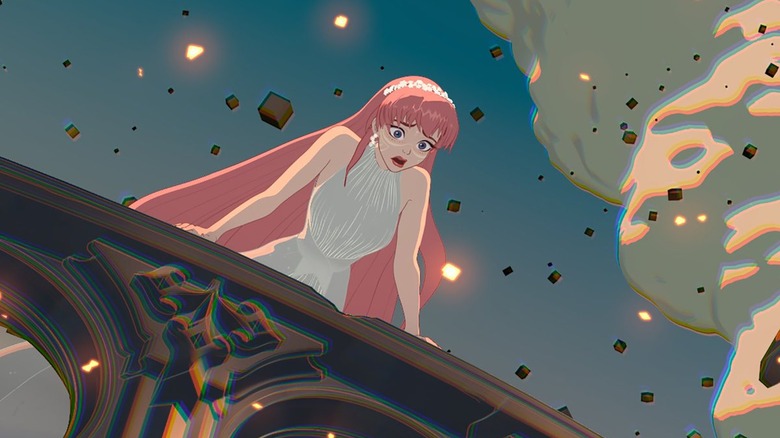 From early reviews, the film deals heavily with bullying and the pros and cons of online life, which isn't surprising considering that the trailer is filled with artistic interpretations of online imagery. While the story might sound straightforward enough, the visuals will take the classic concept and elevate it to something a little more interesting.

"Belle" isn't only seeing good reviews from critics — audiences (at least the ones who have been able to see it) are all in as well. Since "Belle" has been released in Japan, it's become Hosoda's highest-grossing film, edging out his other popular movies like "The Boy and the Beast," "Mirai," or, if you're from a specific generation, "Digimon: The Movie." In fact, if you haven't checked out some of Hosoda's other films, now is the perfect time to dig into movies like "Summer Wars," "Wolf Children," or the aforementioned "Digimon" movie.