Back when it was first announced that Spider-Man would be coming "home" to Marvel in an unprecedented deal with Sony Pictures, not even the biggest fa.. 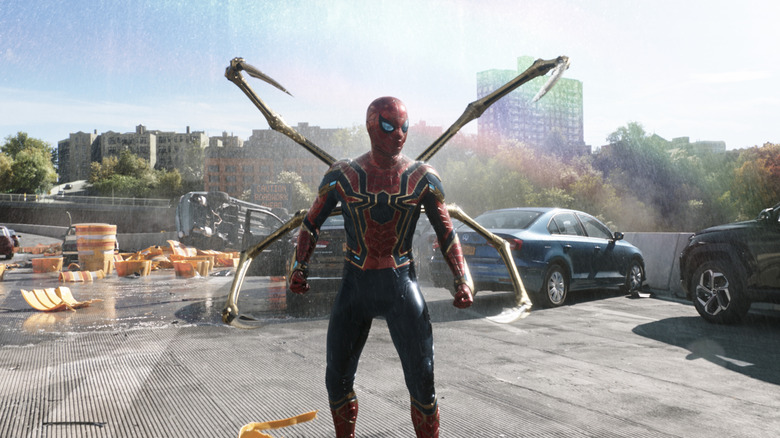 Back when it was first announced that Spider-Man would be coming "home" to Marvel in an unprecedented deal with Sony Pictures, not even the biggest fans of the web-head could've imagined what would be in store for him. Seeing the friendly neighborhood hero get his start (briefly) assisting #TeamIronMan in "Captain America: Civil War" to ending up light-years away and snapped by cosmic super-villain Thanos before taking part in the battle to end all battles in "Avengers: Endgame" is quite the character trajectory.

One might think that the bar has already been set far too high, but "Spider-Man: No Way Home" will attempt to one-up the previous adventures that Tom Holland's version of the hero has played a major role in to this point. How? Well, that's where the multiverse and at least one mystery character comes in. 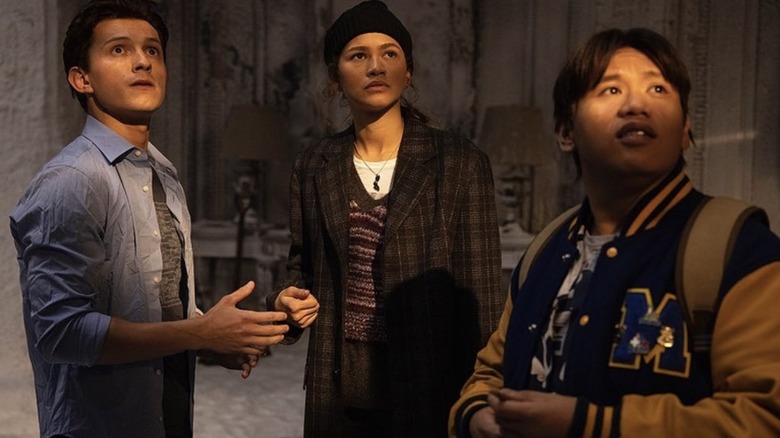 For once, Tom Holland is (mostly) keeping his lips sealed. The famously spoiler-prone Avenger isn't giving away all the details just yet, but perhaps he's finally mastered the art of "the tease" now that he's over five years into his MCU tenure. How's that for character growth? In a sit-down with Empire, Holland nimbly avoided those dastardly Marvel snipers and revealed just enough to whet appetites regarding the upcoming multiverse extravaganza of "No Way Home." Looking back at the filming for the movie, Holland singles out one particular sequence that he calls "one of the coolest scenes I've ever shot." When pressed for more details, all the actor is willing to give up is that it includes himself as Peter Parker, of course, along with Aunt May (Marisa Tomei), Happy Hogan (Jon Favreau), and one other character who must apparently remain unnamed.

It's four people sitting at a table, having a conversation about what it's like to be a superhero, and it was amazing. The other day we watched the scene, my brother and I, and our jaws were on the floor."

The official trailer for the sequel confirmed many of the rumors that it will somehow include the returns of Willem Dafoe's Peter Osborn and Alfred Molina's Otto Octavius, both of whom originate from Sam Raimi's "Spider-Man" movies from the early 2000s. Even more rumors abound that "No Way Home" will go a step further and wrangle in the previous iterations of Peter Parker as well, portrayed by Tobey Maguire and Andrew Garfield. Could one of them perhaps be that mystery character present in this sequence, adding a heavy touch of nostalgia and experience to the proceedings? When asked about precisely this, Holland sidesteps by saying, "I don't know. I'm always in the dark. If they are, no one's told me."

If there's one thing we've learned from seeing how Spider-Man has been used in the MCU so far, it's that anything is possible … and that if you want to preserve a secret, maybe don't tell Tom Holland.