The first (and possibly only) season of "Ms. Marvel" has nearly run its course, but the series is fast on its way to becoming some of the best Marvel .. 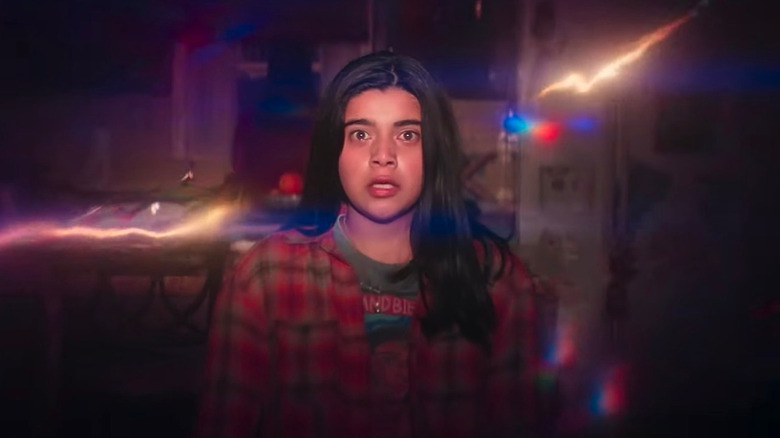 The first (and possibly only) season of "Ms. Marvel" has nearly run its course, but the series is fast on its way to becoming some of the best Marvel television yet. Each episode is absolutely packed with colorful pop culture references, most of them striking a perfect chord with the South Asian diaspora, as the series' varied soundtrack has already proven. Each needle drop holds major significance in the community — and clearly for the characters in the series. Each song could have easily been pulled from one of Kamala's own playlists, from classic Punjabi folk songs to Bollywood hits, and even a few South Asian MCs — but you don't have to be familiar with any of these artists to enjoy the sonic tapestry of "Ms. Marvel." 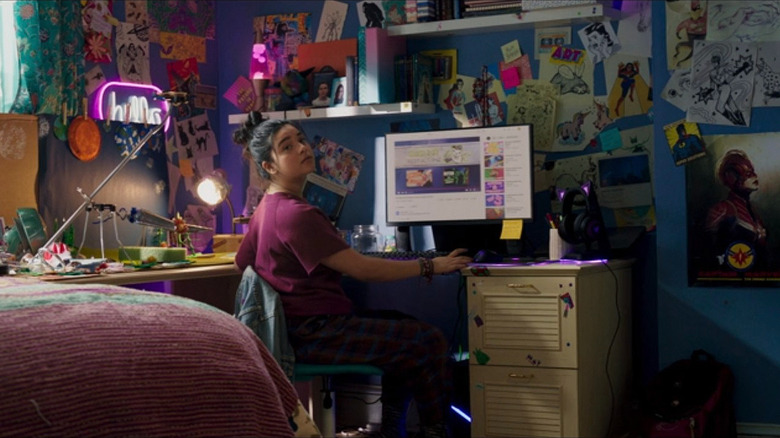 Say what you will about The Weeknd, the artist certainly gets a lot of radio play, and for good reason. "Blinding Lights" has arguably become one of his most playable tracks, with its hypnotic '80s synths and total earworm of a hook. The "epic" version that appeared in the "Ms. Marvel" trailer — and helped kick things off in the series' first episode — is similarly infectious.

Deal With It — Riz Ahmed 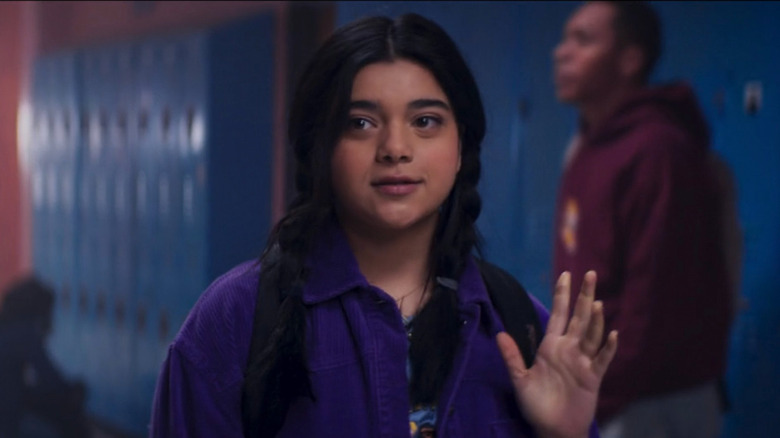 Nothing beats an angsty high school montage, except when said montage is scored by the stylings of the Oscar-winning actor-producer-rapper Riz Ahmed. Ahmed's album "The Long Goodbye" features a host of cathartic tracks, most of which find the actor navigating the Western world as a South Asian man. Ahmed's indignance in this particular track contrasts pretty starkly with Kamala's own feelings in this scene. She's yet to gain the confidence that superpowers will inevitably help her find, and she's the subject of a lot of ridicule, both from teachers and her fellow students. Of course, all that changes by the end of the first episode, but this scene is still a brilliant nod to an artist that many are already familiar with … just maybe not in the context of his music. 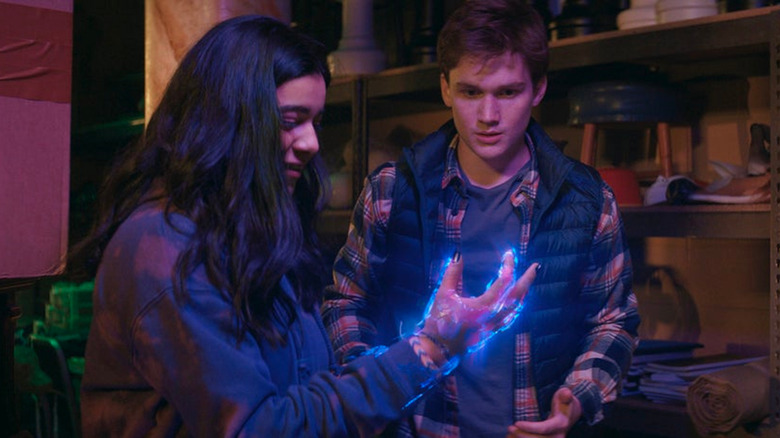 The second episode of "Ms. Marvel" finds Kamala confronting the same struggles she faced in episode 1, but with the help of some mysterious powers — and a killer '90s rap song — our hero has since found the confidence to face everything head-on. This Mase track is the absolute perfect theme for this new Kamala. The Kool & the Gang sample is ingenious, and Mase's flow is stellar — it really is a feel-good anthem. And it feels even better to see Kamala stand up to the teacher who's been mispronouncing her name for years, not to mention the clingy couple that has no respect for her personal space. 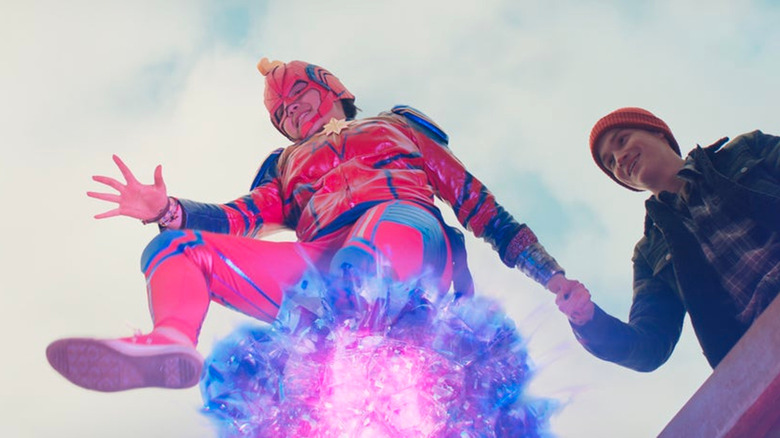 The hype continues in episode 2 with a fast-paced training montage set to "Goddess" by Krewella, Raja Kumari, and NERVO. With this track, "Ms. Marvel" adds three artists of South Asian heritage to the roster: the sister duo behind Krewella are of Pakistani descent, and rapper Raja Kumari is Indian-American. Each artist is formidable on their own — both Krewella and NERVO are well-known in the world of EDM — but with "Goddess," they pool their collective talents into a perfect hype track. 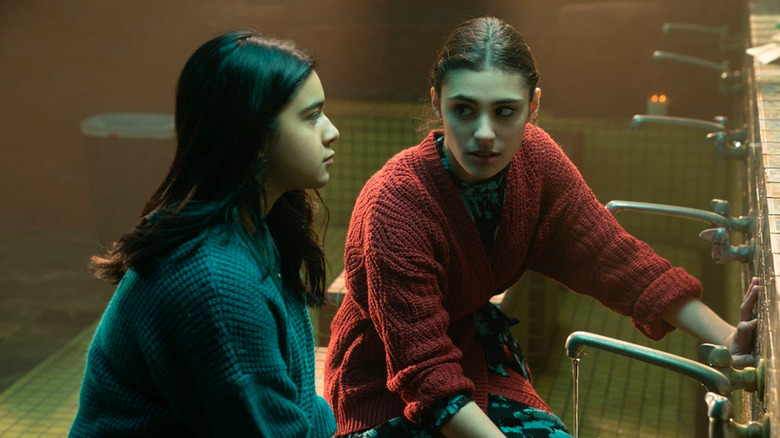 There was a time not long ago when Timbaland absolutely dominated the Top 40 circuit. He's one of the most influential producers in the game, and so many of his projects still hold up to this day, particularly his collab with the iconic M.I.A. "Come Around" makes a fleeting appearance in episode 2, as Kamala and Nakia rush to make it to the mosque on time, but it's still a total banger — not exactly timeless, but a fun throwback to the genre-melding evolution of the aughts. M.I.A.'s second album, "Kala," was a truly formative record for so many, and it's amazing that one of its best tracks could get the nod in "Ms. Marvel."

Be My Baby — The Ronettes 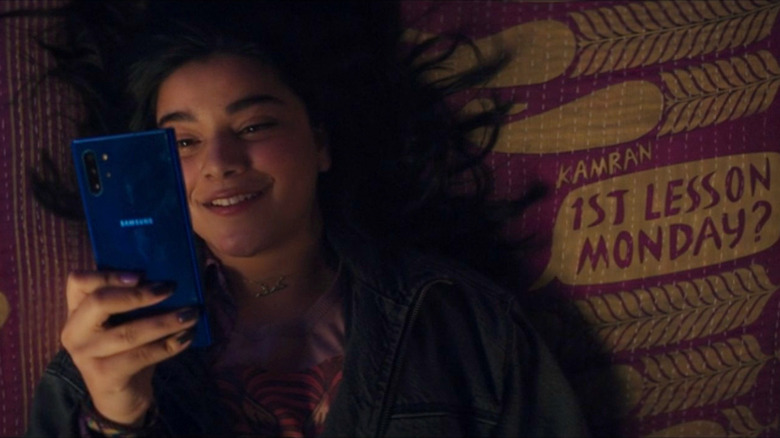 Who hasn't had a 1960s girl group moment after hanging out with a cute boy? It's a trope often used in the best coming-of-age flicks — and even some of the worst — but it doesn't ever get old. The Ronettes are an iconic girl group in their own right, inspiring the likes of Billy Joel and Bruce Springsteen if you can believe it. Their most popular songs had the giddy feelings of first love down to a tee, making it a perfect fit for Kamala's first run-in with Kamran in episode 2.

Every Song From Aamir And Tyesha's Wedding Episode 3 of "Ms. Marvel" featured Marvel's very first Desi wedding, which obviously opened the door for a trove of Bollywood references. Every song that drops during Aamir and Tyesha's nuptials is catchier than the last, but "Hadippa" — from the Bollywood sports romance "Dil Bole Hadippa!" — is a particularly notable standout.

The episode also features a callback to the swoon-worthy "Tere Bina" from the Hindi film "Guru." A remix of the song, produced by Asad Khan (a.k.a. Khanvict), can be heard during Aamir and Tyesha's ceremony. Then, of course, there's "Joote De Do Paise Le Lo," an inarguable classic from the film "Hum Aapke Hain Kaun." It's a sequence that's absolutely packed with references to some incredible Bollywood films, each of which has earned their followings ten times over. 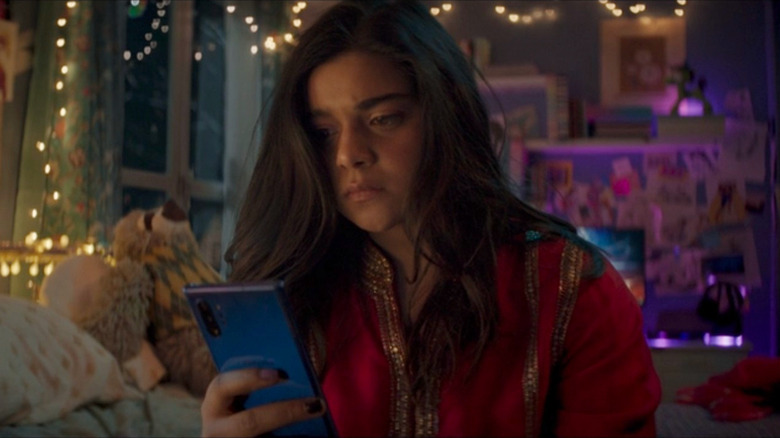 While each song that plays in the background during "Ms. Marvel" is great, the series likes to save some of its best songs for last — that is, for the end credits. The closing track for the third episode, "For Aisha," is one of the best, as much for its dazzling hook as it is for its alternate meaning. The song was composed for "The Sky Is Pink," a film based on the life of Indian author Aisha Chaudhary, who passed away in 2015 from pulmonary fibrosis. "For Aisha" served as an end credits tribute to the late motivational speaker, and it was composed by her brother, Ishaan Chaudhary, who makes up half of the producing duo MEMBA. 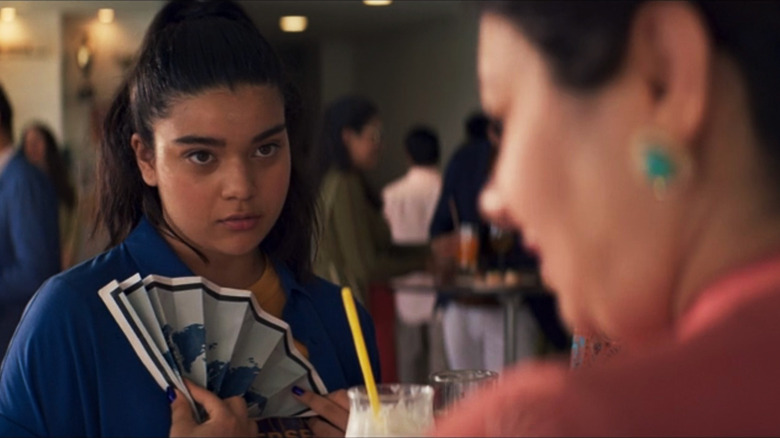 "Ms. Marvel" has effortlessly incorporated so many influential South Asian jams into its story, and some of the best needle drops have come from the beloved Coke Studio, the longest-running music program in Pakistan. "Pasoori" is one of the program's most popular songs to date with over 200 million views on YouTube, and it's as much of a hit in Pakistan as it is in India. It's a great example of the shared admiration within the South Asian diaspora, despite the history each nation shares. The song plays while Kamala and her family lunch at the boat club in episode 4.

Read this next: 20 Movies About Time Travel Ranked Worst To Best