The leaves are withering, the air is turning crisp, and film festival season is well underway — which means even more foreign-language movies to recei.. 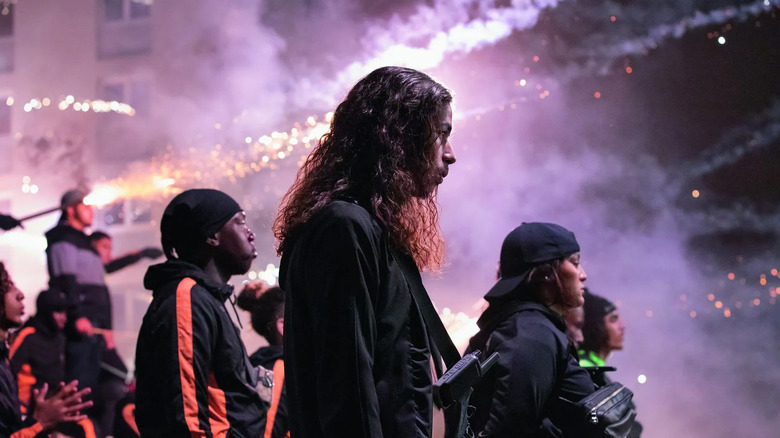 The leaves are withering, the air is turning crisp, and film festival season is well underway — which means even more foreign-language movies to receive raves on the fall awards circuit before getting promptly buried on a streamer. But don't let that happen to "Athena," a staggering French drama that is in danger of falling into the Netflix abyss, crowded out by your "Gray Men" or "Kissing Booth's." Or check out one of last year's forgotten festival darlings in Céline Sciamma's "Petite Maman." And because spooky season is now here, we have a horror anime classic making their streaming debuts, alongside a cyberpunk anime classic. Plus, "Little Women," but make it crime?

Let's fire up those subtitles and get streaming. 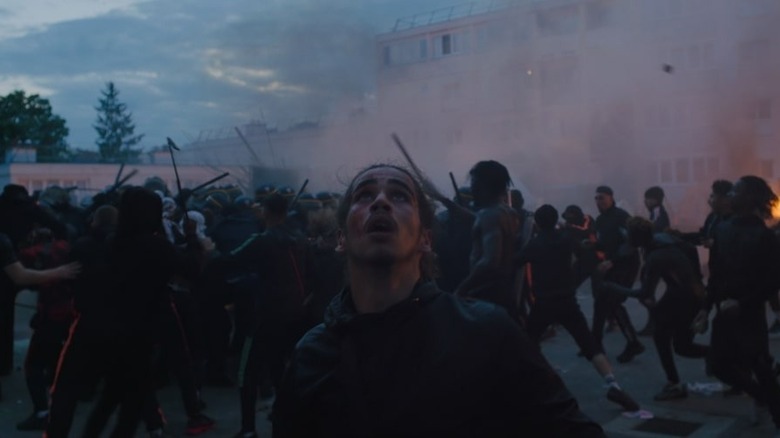 "Athena" is a Molotov cocktail of a movie: incendiary, angry, dazzling, and devastating. Romain Gavras' relentless portrait of urban warfare is both painfully present and tragically timeless — a new age "Battle of Algiers" meets "Les Misérables" meets Greek myth, transformed into a sadly familiar tale of how an instance of racially charged brutality can start a war that destroys a small French banlieue. But it isn't the potent politics that makes "Athena" such a shock to the system (both physically and figuratively), it's Gavras' spectacular long takes that make up the entirety of the dense 97-minute runtime.

The first 11 minutes alone comprise of a tight close-up on Dali Benssalah's Abdel, a soldier for the French army whose youngest brother was killed by cops, before drifting out over a crowd assembled for a press conference – a crowd that immediately scatters with the throwing of a Molotov cocktail by Abdel's angry brother Kari (a magnetic Sami Slimane), who leads the camera on a breathtaking highway chase punctuated by fireworks, gunshots, and the rowdy cheers of a vengeful youth. "Athena" manages to keep the momentum going from there, for one of the most exhausting and exhilarating cinematic experiences of this year.

Watch This If You Like: "The Battle of Algiers," "La Haine," "American History X," jaw-dropping long takes. 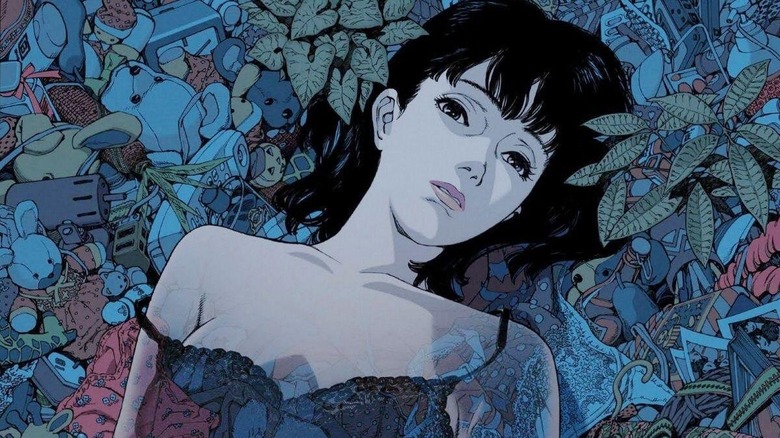 Reality bends around "Perfect Blue." It's an astonishing directorial debut from one of our all-time greats, Satoshi Kon, an animation masterpiece that is both hugely influential and frustratingly underappreciated. The film follows pop star Mima Kirigoe, who retires from her career as a teen idol to pursue a career as a serious actress. But her promising new career is disrupted by the discovery of a website that tracks her every move, and a violent stalker who is unhappy with her "mature" new career choices.

Twenty-five years after its initial debut, "Perfect Blue" is just as terrifying and maddening and mind-warping as it was when it premiered — but it was a movie experienced by a select few, as it was unavailable on most streaming platforms. Until now. Now's your chance to experience the movie that is so singularly striking that Darren Aronofsky would crib from it multiple times. "Perfect Blue" is, without a doubt, perfect.

Watch This If You Like: "Black Swan," "Requiem for a Dream," you get it. 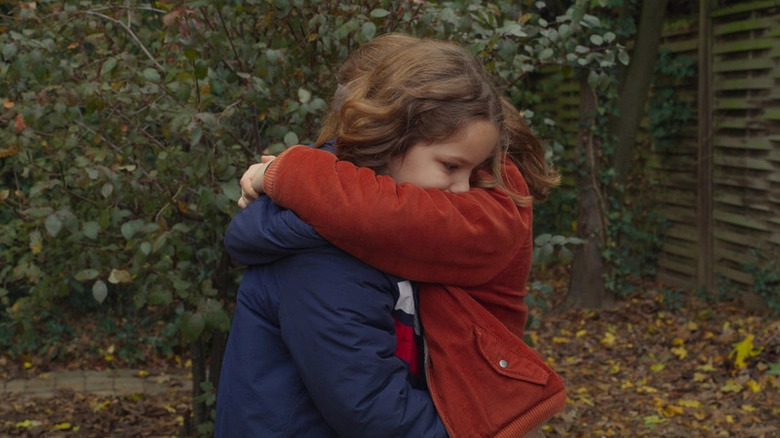 "Petite Maman" was such a 180 for those who came to Céline Sciamma through her lush romance "Portrait of a Lady on Fire" that it got unfairly forgotten — but just because it's slight doesn't mean it is any less rich. Filmed in Sciamma's hometown with a small cast during Covid, "Petite Maman" is a small movie that feels unbearably big in its portrayal of loss and sadness, and mothers and daughters. The film follows young Nelly (Joséphine Sanz), who returns with her parents to her mother's childhood home, which they're cleaning out after her grandmother's death. When her mother disappears one day, Nelly wanders off into the woods where she meets Marion (Gabrielle Sanz), and they become instant playmates. Nelly soon realizes that she somehow wandered into the past, and Marion is her mother as a child. "Petite Maman" uses its slice-of-life trappings to deliver a frank and honest portrayal of grief.

Watch This If You Like: "Turning Red," "Mirai," perfect movies under 75 minutes. 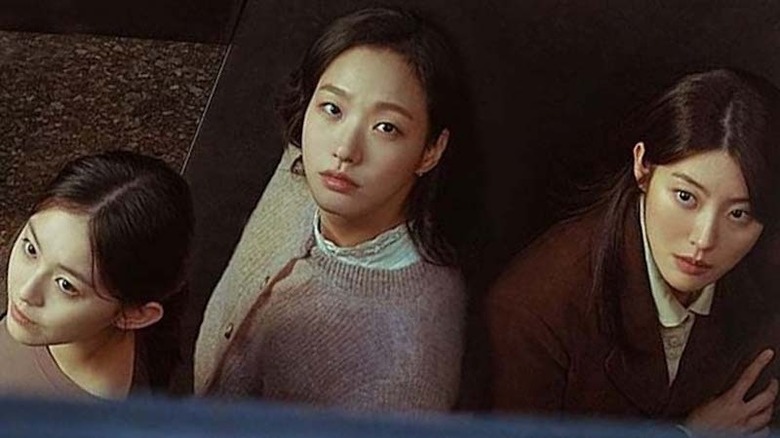 What if Louisa May Alcott's "Little Women" was also a contemporary South Korean crime drama? That's the premise of the newest buzzy Netflix K-drama "Little Women," which yes, somehow, works. The series follows three sisters (Amy and Beth get combined into one younger sister played by Park Ji-hu) who have managed to claw their way out of poverty, no thanks to their absentee gambler father and selfish mother. But the two elder and fiercely protective sisters ("Goblin" star Kim Go-eun and Nam Ji-hyun, whose characters are a combination of Meg and Jo) still face hardships in Korea's class-based society — Kim's In-ju is ostracized at work for her less prestigious education, while Nam's journalist In-kyung struggles to be taken seriously. But when 70 billion won goes missing at In-ju's company, the three of them somehow get involved in a criminal conspiracy connected to the richest family in Korea. So not quite like Alcott's "Little Women" — but it's still compelling, dark, and intriguing.

Watch This If You Like: Louisa May Alcott's "Little Women," but with crime. 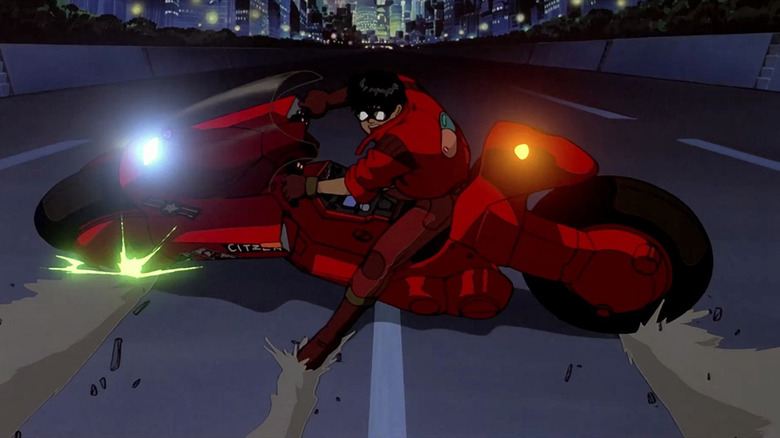 "Akira" is one of those seminal anime films that you might think it can't possibly be worth the hype. But that's not the case for Katsuhiro Otomo's 1988 cyberpunk classic. Set in a near-future dystopia following the destruction of Tokyo in a third world war, "Akira" is a feat of hand-drawn animation — using groundbreaking techniques to render the film's ravaged cityscapes and mesmerizing lights that have not been used again because it was just so dang difficult. And just as incredible as its technical accomplishments is its complicated (and, frankly, slightly convoluted) plot, following teen gangsters who find themselves pursued by the government after one is imbued with life-endangering telepathic abilities. "Akira" is not a pleasant watch; it's enthralling, engrossing, ugly, and beautiful all at once — but it is so much more than the pop culture currency it's become reduced to.

Watch This If You Like: "Blade Runner," "The City of Lost Children," finding out where the "Akira slide" is from.