The version of Galadriel in Prime Video's "The Lord of the Rings: The Rings of Power" is driven by a need to fight against the darkness. She&#039.. 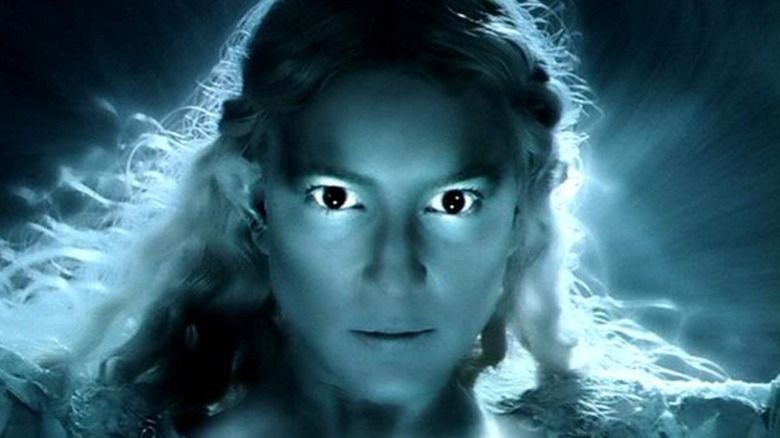 The version of Galadriel in Prime Video's "The Lord of the Rings: The Rings of Power" is driven by a need to fight against the darkness. She's a warrior at heart, spending countless centuries tracking down Sauron, the protege of the first evil, Morgoth. Her brother fought him in the battle in the First Age and perished. She's defied her king, alienated her troops, and turned down a chance to live in bliss in Valinor, all to get her revenge. Now she's on a mission and is considering some very dark deeds, including genocide.

This isn't the first time audiences have seen Galadriel go dark. "Rings of Power" isn't just showing her as a warrior. It's setting the stage for her temptation in "The Lord of the Rings" trilogy. Galadriel has an ugly side with an "ends justify the means" mentality. It's a personality flaw that is great for audiences but maybe not so great for Middle-earth.

'All Shall Love Me And Despair' 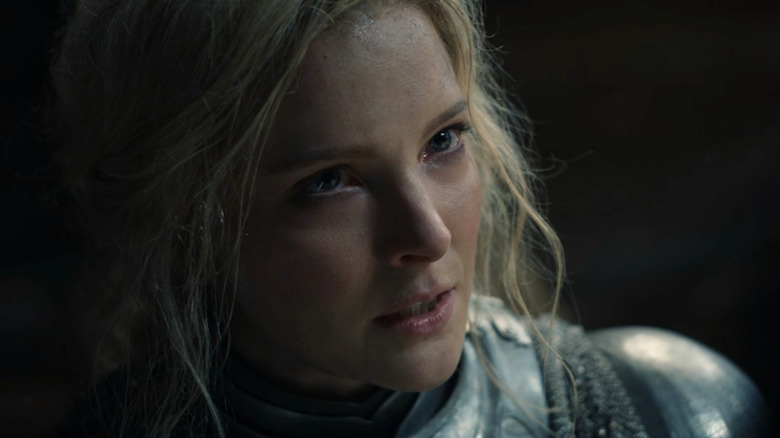 The Cate Blanchett version of an older Galadriel in the Third Age seemed so calm and wise … until Frodo offered her the ring late one night. I hadn't yet read the source material when I saw the trilogy, and I remember seeing her temptation and being shocked.

If you recall, Frodo says he'll give her the ring if she asks for it. Her face goes dark, and she says her "heart has greatly desired this." I remember thinking, "What the hell? Where did this come from?" Galadriel grows taller, her eyes darken, and she speaks about her reign as a dark queen. She describes this version of herself as "not dark but beautiful and terrible as the dawn, treacherous as the sea" and says "all shall love me and despair," as she glows green and looks evil. Then she realizes she doesn't truly desire this and that she'll fade into the west with the rest of the elves. She passes the test but only just.

Gandalf was tempted by the ring but said no. Lots of the heroes didn't take the ring. Sure, it's compelling, and power does corrupt, but Galadriel had shown no signs of weakness in the film before that, as far as I could see. Later I learned more of the lore and who she was in earlier ages, but that moment still stood out as odd in the context of the film — elves are supposed to be less corruptible than men. If you haven't read about Galadriel's history — and not everyone has — maybe you felt the same the first time you watched the trilogy. 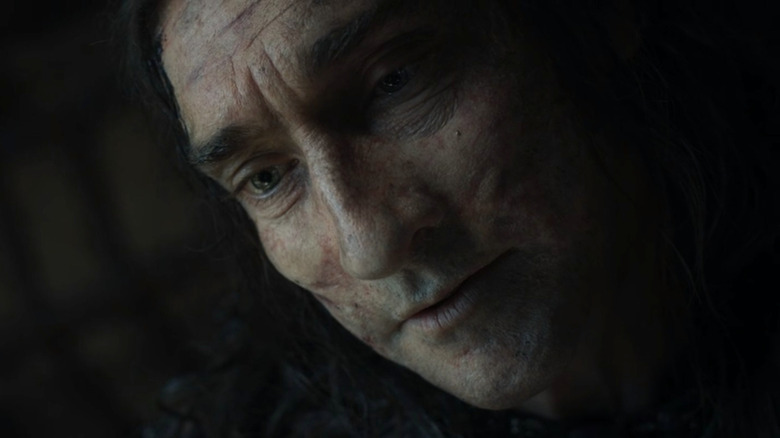 Morfydd Clark's version of a younger Galadriel is darker and more focused on a mission to hunt down and kill Sauron. After episode 6, the future Galadriel's momentary weakness makes more sense. This is who she's always been — corruptible like the rest of us. She's also willing to consider genocide. An elf who can do that could easily be taken in by the promise of power that the One Ring gives.

It was upsetting to watch this darkness in Galadriel. On the one hand, we have Adar, who may be evil, but seems to really care about the Uruk (aka orcs, but he doesn't like that term) in his charge. He cares for them as they die and tells Galadriel they have names and hearts. He wanted to save the Uruk — who he calls his children — from Sauron's ambition. He could be lying, of course, but he seems to have far more compassion in this scene than she does.

You know your moral high ground is slipping when the enemy tells you that his charges are worthy of a home and lives, and you disagree. Even after being reminded that both the elves and the Uruk are creations of "The One," she can't bend or soften. What she says is cruel:

"Your kind was a mistake. Made in mockery. And even if it takes me all of this Age, I vow to eradicate every last one of you. But you shall be kept alive so that one day before I drive my dagger into your poisoned heart. I will whisper in your piked ear that all your offspring are dead, and the scourge of your kind ends with you." 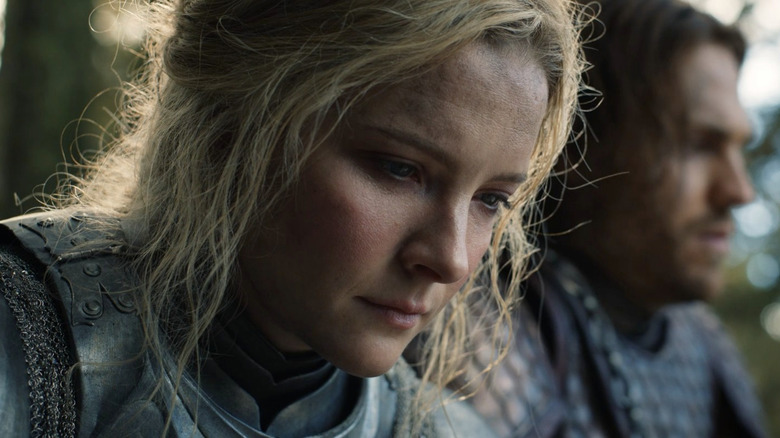 That's not just a promise to fight enemy forces. That's a promise of genocide. Adar sees it. She's just given him a key to fight against her. He even suggests that she herself might be the successor to the evil Morgoth, rather than Sauron. There is no talk of helping this elf who has been corrupted by evil. No discussion about bringing him to her side or any compromise. Even after the truth of her evil speech is thrown in her face, she still threatens him and actually slices his neck before Halbrand stops her.

None of this bodes well for her future or the war that is coming. In fact, it may be her need for power — even if she's planning on using it for the good of the world — that blinds her to what's coming in terms of the rings. Even thousands of years later, when the fellowship of the ring comes to her for help, she still can't turn her need for power off completely.

Galadriel has a dark side, and it goes deep. That's not so great for Middle-earth and the rest of Arda, or the people and creatures who live there, but it is beautiful for audiences to witness. Our Galadriel is no paragon of virtue. She's flawed. Her goal so blinds her that she can't see any other path but violence when the rage takes her. It's far more interesting to watch than a serene and wise elf lady. It makes it easier to connect with the character ourselves.

I would, however, not want to be an Uruk in her universe.

"The Rings of Power" is streaming on Prime Video.

The post The Rings of Power Sows The Seeds Of Galadriel's Dark Side appeared first on /Film.