The Rings Of Power: Udûn Explained

So far, most of the episode titles for "The Lord of the Rings: The Rings of Power" have been pretty self-explanatory. In "Adrift," Galadriel (Morfydd .. 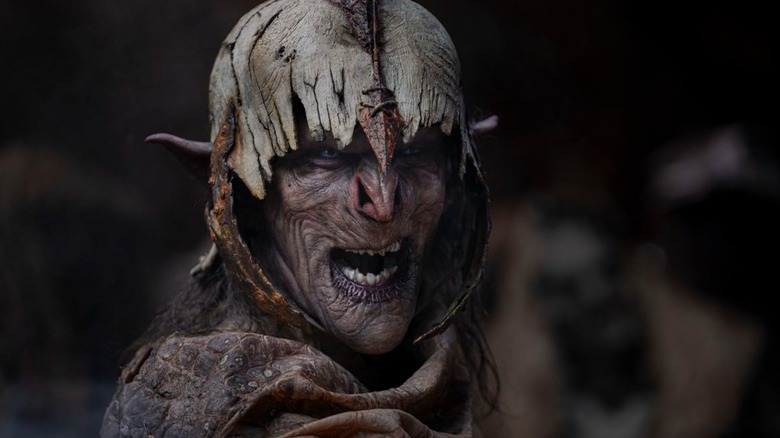 So far, most of the episode titles for "The Lord of the Rings: The Rings of Power" have been pretty self-explanatory. In "Adrift," Galadriel (Morfydd Clark) is adrift at sea. In "The Great Wave," Míriel (Cynthia Addai-Robinson) dreamt of a great wave. Sure, most of the show's titles also have more metaphorical double meanings, but on the surface, they've been quite obvious. The meaning behind the title of the latest and darkest episode of the show, "Udûn," is a little bit less transparent — and has a more loaded history — than most.

Though it has a long history in J.R.R. Tolkien's texts, the word Udûn isn't mentioned on screen until nearly the end of this week's hour. When it is, it's by a lineup of captured orcs, who begin chanting the word when the eruption of Mount Doom begins. Adar (Joseph Mawle), the mysterious villain who's also currently a prisoner of Galadriel and Míriel, looks heartened by the sound of his orc underlings' chant, presumably because he knows just what it means.

According to the Parf Edhellen Tolkien dictionary, the author used "udûn" to mean "hell" or "dark pit" in Sindarin Elvish. The orcs, then, seem to sense what's going on underground, as the rather hellish pit that is Mount Doom begins to explode.

A Place, An Elvish Word, And An Age-Old Fortress 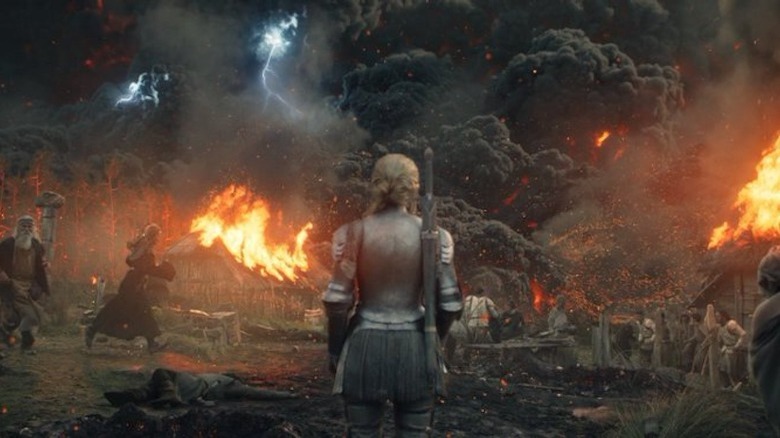 There's more to the word than a simple definition, though. Udûn is also a place you can point to on Middle-earth maps, albeit one that hasn't been mentioned by name in the prequel series yet.

While it's not exactly the same as Mordor, the volcanic region where Frodo and friends take the ring in the "Lord of the Rings" trilogy, it is a specific location within Mordor. Though not strictly canonical, Karen Wynn Fonstad's book "The Atlas of Middle Earth" is nonetheless a valuable resource for fans of Tolkien's works. Her maps show that Udûn is in northwest Mordor, and also speculate that it's closely linked to the creation of Mount Doom.

Given that we more or less just saw said creation begin, it seems Fonstad's assertions were correct. It's likely that the Mount Doom eruption will signal a major shift in the surrounding landscape, eventually turning parts of the beautiful Southlands into the wasteland Mordor. Interestingly, though, the volcano-adjacent valley area is not the only Udûn that shows up in Tolkien's writings.

Any Way You Slice It, Udûn Is Bad News 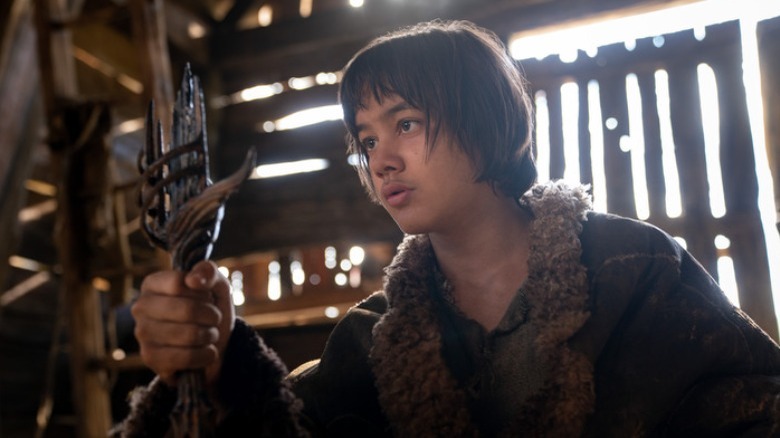 According to "The Silmarillion" and "The History of Middle-earth," Udûn was also one of the names given to the fortress the Dark Lord Morgoth created before the First Age. Also called Utumno, which means "underworld," the fortress existed somewhere in the northern Iron Mountains and was used for, among other things, creating orcs (something Adar seems to have witnessed). In a section of "The History of Middle-earth" titled "Morgoth's Ring," Tolkien writes:

"Then he returned to his dwelling in the North, and there built for himself a mighty fortress, and delved great caverns underground secure from assault, and he gathered to him many lesser powers that seeing his greatness and growing strength were now willing to serve him; and the name of that evil fastness was Utumno."

So basically, all uses of Udûn lead back to evil underground places, and multiple usages are directly associated with orcs or volcanic mountains. It seems likely that we just witnessed the origin of the future region Udûn, but it's unclear how or if this plotline ties into the fortress Udûn that stood before the Second Age.

Like many of the best mysteries in "The Lord of the Rings: The Rings of Power," this is a question that will surely be answered in due time.

Read this next: 13 Fantasy Shows Like The Lord Of The Rings: The Rings Of Power You Should Check Out

The post The Rings of Power: Udûn Explained appeared first on /Film.