Come for the harfoots; stay for the horror. That seems to be the approach "The Lord of the Rings: The Rings of Power" is taking. The series just deliv.. 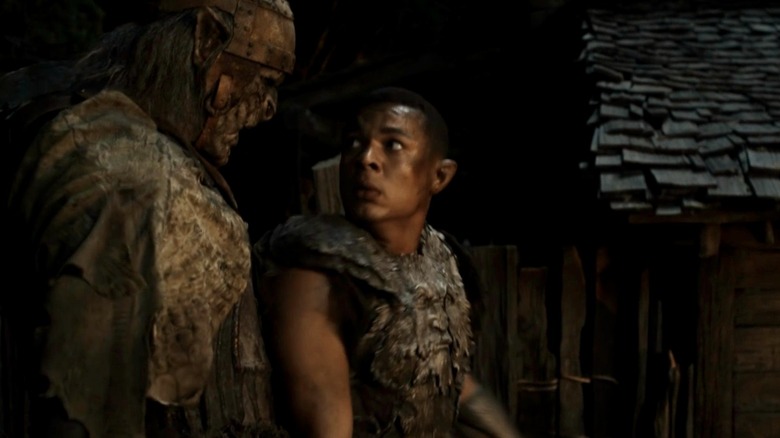 Come for the harfoots; stay for the horror. That seems to be the approach "The Lord of the Rings: The Rings of Power" is taking. The series just delivered its best, most action-packed episode yet with "Udûn," and it was all about stakes: making us feel the danger as an army of orcs, led by Adar (Joseph Mawle), bore down on the Southlands.

Just last week, we were listening to harfoots sing a nice gentle walking song in "The Rings of Power," but they were nowhere to be seen this week. Instead, the elf Arondir (Ismael Cruz Córdova) and his forbidden human love interest, de facto village leader Bronwyn (Nazanin Boniadi), took center stage for the first part of the episode, and we got more than a bit of the old ultraviolence as they sought to defend the Southlands against the incursion of said orc army.

If anyone's still up in arms about "Peter Jackson's Violent Betrayal of Tolkien," as The Atlantic once called it, "The Rings of Power" might have upped the ante even further with "Udûn," which made me personally fear for the lives of our heroes more than I have since back in 2001 when that cave troll put a hurt on Frodo in "The Fellowship of the Ring." It was only after that first movie that I (and a lot of other people, probably) would go back and read J. R. R. Tolkien's "Lord of the Rings" books, which just goes to show that the films and now, television series, are good for another thing besides passive viewing entertainment.

This week, "The Rings of Power" tested the limits of our watching comfort by having an orc with a stabbed eye bring its blade perilously close to Arondir's eye — and the viewer's.

Middle-Earth Is Dark And Full Of Terrors 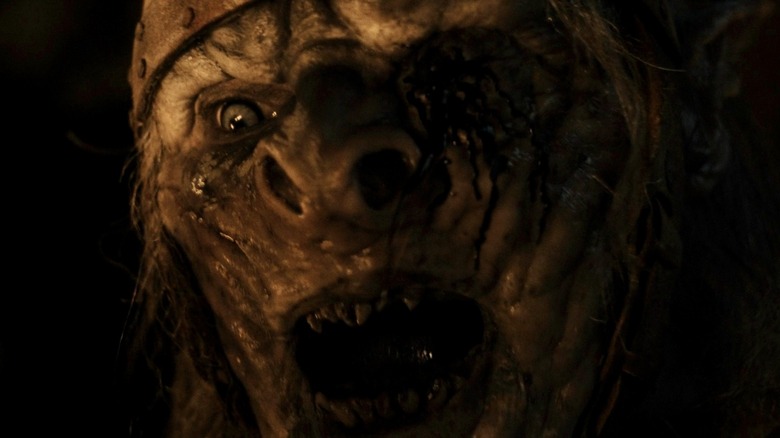 The way Arondir just backs straight into this Goliath orc after falling off the roof and tangoing with other orcs lets us know he's in trouble. Then, the orc starts tossing Arondir around, bearing down on him in a low-angle shot, and you just want him to avoid close quarters combat because it seems like that's the only way he'll have a chance. Brute strength isn't going to win against this foe. When the orc gets Arondir up against the well, removing the blade from its eye and leaking black blood all over his face, that's when you know "The Rings of Power" isn't fooling around anymore.

When Bronwyn gets shot by an arrow and Arondir has to remove it, the camera also lingers on the blood oozing from her wound before he cauterizes it. Orcs furthermore hack and slash away at various villagers, leaving them dead, and thanks to ace prosthetics, the enemy looks just as scary in close-up as they did in "The Lord of the Rings" movies. These moments might seem gratuitous, but they're not violent just for the sake of being violent. Rather, they live in service of a story that has suddenly become much more edge-of-your-seat.

Tolkien was a World War I veteran, and the aforementioned Atlantic article spoke of the "non-violent ethic" in his writing. It's understandable that, having experienced real-life violence in the war (in the Battle of Somme, for instance), he might want to shy away from showing that in his writing. However, "The Rings of Power" lives as much in the house Peter Jackson built onscreen as Tolkien built in his books. In "Udûn," it makes us feel the terror of the war that's suddenly come to Middle-earth.

Read this next: 13 Fantasy Shows Like The Lord Of The Rings: The Rings Of Power You Should Check Out

The post The Rings of Power's Most Brutal Episode Yet Could Even Outdo the Violence in Lord of the Rings appeared first on /Film.