Every rule has its exception. Living in a media landscape where transparently unnecessary spin-offs, prequels, and remakes are saturating an already I.. 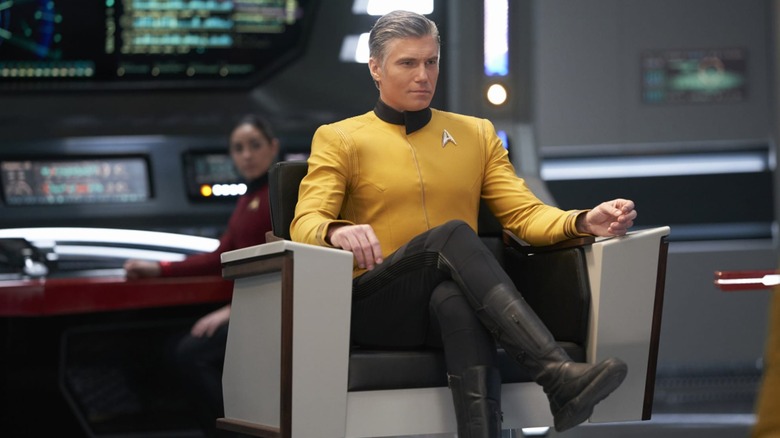 Every rule has its exception. Living in a media landscape where transparently unnecessary spin-offs, prequels, and remakes are saturating an already IP-obsessed marketplace can make it very easy to dismiss the vast majority that are fighting for your attention on a daily basis … but sometimes, the potential of a given project is just too exciting to ignore. Many would agree that this happens to be the case with "Star Trek: Strange New Worlds," the spin-off/prequel series that was born through constant viewer feedback and the fandom's seemingly universal embrace of Anson Mount, Ethan Peck, and Rebecca Romijn's guest roles in season 3 of "Star Trek: Discovery." The debut season of the new show has just completed filming and Paramount+ released a video to celebrate the occasion, which you can watch below.

Led by Anson Mount, the cast of "Strange New Worlds" has displayed a palpable sense of enthusiasm and gratitude throughout the production of the first season, chronicling each major step along the way with celebratory and informative videos aimed towards the fans. The initial announcement of the spin-off series from "Discovery" and the prequel to "The Original Series" was accompanied by Mount, Peck, and Romijn expressing their excitement over the continued adventures of Captain Christopher Pike, a young Spock, and the ever-present Number One, respectively. This year's Star Trek Day provided a perfect opportunity for the cast to (re)introduce fans to the characters who'll populate the bridge of this newer U.S.S. Enterprise.

And now with the official wrapping of filming for "Strange New Worlds" all these months later, Mount used this latest set video to thank fans for the central role they played in getting this series to the airwaves while promising that there will be more footage to come ahead of its premiere at some point early on in 2022. In addition to the fan-favorite trio, "Strange New Worlds" will also feature an expansive ensemble of both new and familiar faces, including younger versions of Nyota Uhura (played by Zoe Saldaña in the recent trilogy of "Kelvin timeline" films and portrayed by Celia Rose Gooding here) and Nurse Chapel (Jess Bush) as well as the novelty of the first member of the Andorian race (played by Bruce Horak) finally joining the crew of the Enterprise.

Next post Get Back Trailer: Peter Jackson Lets The Beatles Be In Disney+ Docuseries

Previous post Jason Blum Is As Upset As You No One Saw Upgrade, Offers Update On TV Adaptation